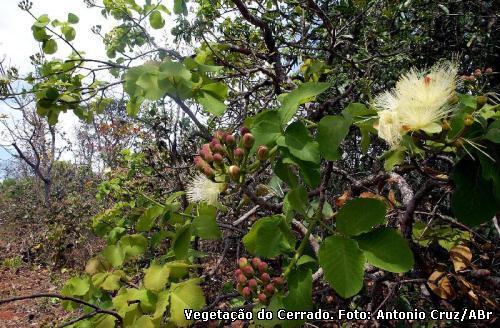 It is the only biome found exclusively in Brazil, and it is usually known by its appearance in times of drought. Fernando Frazão/Agência Brasil

Illegal occupation of land, deforestation, and monitoring efforts were some of the problems detected during the three years of research by the Joaquim Nabuco Foundation (FUNDAJ) in 14 of the country’s Federal Conservation Units of Total Protection, located in the caatinga—a biome often referred to as the Brazilian savanna. A study entitled Atlas of the Caatingas, released this week, gathers in-depth data on both the land and the flora in each of the areas surveyed.

One of the country’s least studied biomes, the caatinga stretches across ten Brazilian states and encompasses ten percent of the country’s national territory, with 844 thousand square km. It is the only biome found exclusively in Brazil, and it is usually known by its appearance in times of drought, when trees shed their leaves, the woods turn gray and the vegetation brittle. The study surveyed one percent of this territory.

In their work, researchers covered over 22 thousand km across the 14 conservation units, all of which controlled by the Chico Mendes Biodiversity Conservation Institute (ICMBio). In them, no economic activity is allowed—no matter how sustainable—except tourism and scientific research.

To reach a diagnosis, the heads of all conservation units were interviewed, as well as ICMBio employees, locals, and teachers working in the region.

According to Neison Freire, the FUNDAJ researcher who spearheaded the study, units have problems of their own, but lack of human and financial resources is ubiquitous and aggravate local drawbacks.

“Management problems are everywhere to be found. It’s not local. The problem lies at federal level, in the little attention given to this exclusively Brazilian biome,” Freire argues.

These territories are also threatened by society itself. As any economic activity is banned from the conservation units surveyed, the population living or working in the area should be compensated and resettled. In addition to the resistance showed by traditional communities, such as indigenous people and descendents of slaves; farm workers— small land owners included—still occupy prohibited territories. “Some were compensated and don’t want to leave, and others speculate so the land is worth more before they leave, which undermines brings a lot of problems to the management and monitoring of the units,” Freire argues.

Catimbau and the Chapada Diamantina

The biggest problem facing the units, the researcher says, affects the state of Pernambuco, more specifically the National Park of Catimbau—which has no headquarters even with the ICMBio. Also, the park’s land demarcation was never carried out. Other issues include land conflicts, woodcutting, and economic activities taking place within the region. Another unit coping with challenges is among Brazil’s top landmarks—the Chapada Diamantina National Park.

“On one side, you have agribusiness, with a considerable amount of fertilizers contaminating rivers and other bodies of water; on the other, you have speculation, which is really heavy,” he said.

The researcher says that, in the touristic city of Lençóis, Bahia, the areas are divided for the construction of inns—not by local residents, but by entrepreneurs from southern Brazil.

The Atlas of the Caatingas brings recommendations for the effective protection of the areas surveyed. Tackling the illegal occupation problem is among the most urgent demands to be addressed in order to bring all units under the federal government, the researcher said.

The study was conducted in cooperation with the Federal University of Campina Grande (UFCG), from December 2013 to December 2016.