Global warming is a fact and is intensifying

Global warming has intensified in recent years, due to the emission of gases into the atmosphere by man

[EcoDebate] This is a global phenomenon that has intensified in recent years. This is due to the emission of gases into the atmosphere by man. Most scientists – practically 99% of them – agree that global warming is occurring and that the main cause is man, from his actions.

We have few, however, who believe that climate change is part of the planet’s history in its evolution. But at one point everyone agrees: the earth’s temperature is rising.

We must first understand that the greenhouse effect is a natural phenomenon and extremely important for life on Earth. He is responsible for maintaining an adequate temperature on our planet and allowing the maintenance of life. The sun sends solar radiation to Earth every day and, of course, part of it is reflected back into space. The other part enters our atmosphere, being absorbed and radiated in the form of heat. Thus, the problem itself is not the greenhouse effect, but its increase.

The increase in gases in our atmosphere, especially carbon dioxide, raises the temperature of the planet. This is because this layer prevents heat from being reflected back into space, which consequently increases the heat on Earth. There are studies, such as the Special Report on Climate Change, Oceans and Cryosphere, which claim that in the last decades there has been an increase in the temperature and level of the oceans .

Other changes and alterations have also occurred due to the action of man. We can mention the accelerated melting of glaciers, deforestation, increased soil waterproofing, verticalization, among other changes. I remember that some scientists claim that melting glaciers is like melting the great book, which tells the story of the Earth.

It is important to remember that we cannot confuse climate and weather. It is common to hear in some comments, “how can global warming be happening with such a cold?” We can see the variation in time, sometimes on the same day – quickly – but the change in the climate needs to be monitored for several decades.

In a nutshell, time is the variation that occurs in the atmosphere, so it is a momentary state where major changes can occur quickly. The weather is rainy, hot, cold… The climate is the variation of the weather for more than 30 years. Therefore, it is a more lasting condition of the atmospheric environment of a given place. Climate is: dry, humid, temperate … We could complete our knowledge by studying the elements and climatic factors to better understand the dynamics of the atmosphere.

Scientists say the Industrial Revolution is an important milestone for the changes taking place on the planet. There, the constant and growing use of fossil fuels began and, consequently, the increase in emissions of carbon dioxide into the atmosphere, largely responsible for the increase in temperatures on the planet.

2018 data from the Global Carbon Atlas show that the countries that emit the most carbon dioxide (CO2) gases are China, USA, India, Russia and Japan. Brazil ranks as the 14th country and another Latin American representative of list is Mexico, in the twelfth position.

It is important to remember, however, that all is not lost. We can decrease industrial pollution and consequently reduce global warming. That was why ECO 92 was created, also known as the Earth Summit that kicked off the global discussion on the subject, followed by the creation of the United Nations Convention on Climate Change. In the latter, countries agreed to stabilize the emission of greenhouse gases into the atmosphere. Subsequently, several meetings took place seeking to engage more countries in climate causes and seeking to create new goals for already member nations.

The last meeting, called COP 24, took place in 2018, it is the informal name of the 24th Conference of the Parties to the Convention that is part of the United Nations framework of activities on climate change, which aimed to establish a work program to put into practice the treaty commitments by the countries that signed the Paris Agreement.

For 2019, a meeting was scheduled with the Summit on Climate Change, which was moved to September this year 2020, but which ended up being postponed once again due to the pandemic of the new coronavirus. The Summit on Climate Change is expected to bring together more than 200 world leaders, now in 2021. Through the participation of different countries at the conference, we can see the importance and relevance they have on the world stage.

Global warming is discussed in several countries at all times, but the most important thing is to be aware of the importance of everyone collaborating so that the drop in greenhouse gas emissions in the Earth’s atmosphere occurs.

It is extremely important to think about our consumption and our attitudes to collaborate with the planet. We also remember that there are several topics that we did not discuss in this text, such as burning, the creation of animals for slaughter or even agriculture. Do you have any idea of the participation of these sectors in the emission of gases? This is a topic for the next article.

Vera Cristina Scheller dos Santos Rocha is a specialist in Environmental Resource Management. She works in the Geosciences area, teaches in the Bachelor and Bachelor Courses in Geography and Biological Sciences at Centro Universitário Internacional Uninter. 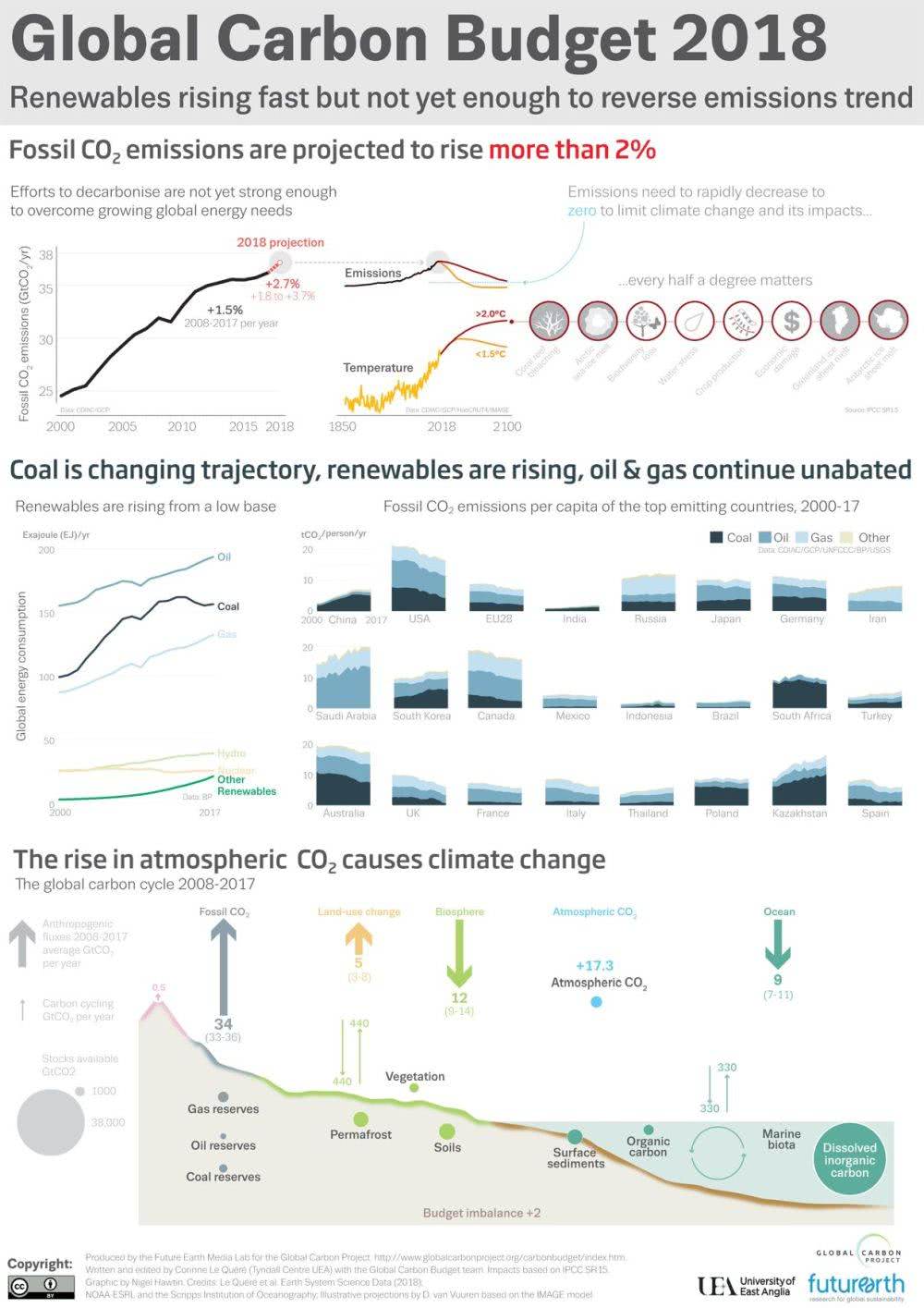 Notícias do EcoDebate no Whatsapp