Scientists at the Department of Energy’s Oak Ridge National Laboratory have demonstrated a direct relationship between climate warming and carbon loss in a peatland ecosystem.

Their study published in AGU Advances provides a glimpse of potential futures where significant stores of carbon in peat bogs could be released into the atmosphere as greenhouse gases.

Peatlands currently cover around 3% of Earth’s landmass and hold at least a third of global soil carbon — more carbon than is stored in the world’s forests.

Peat bogs are particularly good at locking away carbon because of the cold, wet, acidic conditions that preserve meters-deep layers of ancient plant matter. Scientists have taken a keen interest in these enormous carbon reserves, questioning how much and how quickly the hotter, drier conditions in a peatland bog can trigger microbial processes that release carbon in the form of carbon dioxide and methane into the air, furthering the warming cycle as the gases trap heat in the atmosphere.

Enter DOE’s Spruce and Peatland Responses Under Changing Environments, or SPRUCE project, a unique whole ecosystem manipulation experiment in the forests of northern Minnesota. SPRUCE uses a series of enclosures to expose large peatland plots to five different temperatures, with the hottest of the chambers experiencing an increase of about 16 degrees Fahrenheit above and deep belowground. Half the enclosures also received elevated levels of carbon dioxide.

This futuristic experiment allows scientists to measure the effects of conditions this ecosystem has never experienced before, providing a glimpse of potential future climates.

“Because of DOE’s investment in a large-scale experiment, we’ve been able to study whole ecosystem warming across a range of temperatures that can’t be extrapolated from historical data,” said Paul Hanson, ORNL ecosystem scientist and SPRUCE project coordinator. “In doing so, we have evidence that carbon losses will be anticipated for rapidly changing peatland systems in the future.”

Hanson and his colleagues examined three years of SPRUCE data, tracking changes in plant growth, water and peat levels, microbial activity, fine root growth and other factors that control the movement of carbon into and out of the ecosystem. Together, these intakes and outputs make up what’s known as the carbon budget.

The study found that in just three years, all warmed bog plots turned from carbon accumulators into carbon emitters — marking the first time whole-ecosystem plots have been used to document such changes. This fundamental shift in the nature of the bog occurred even at the most modest level of warming (about 4 degrees F above ambient temperature), and showed carbon loss rates five to nearly 20 times faster than historical rates of accumulation.

Warmer temperatures directly translated into greater carbon emissions, with the warmest of the experimentally heated plots emitting the most carbon dioxide and methane. The scientists were surprised to find such a linear relationship between heat and carbon loss.

“This is a very tight relationship for biological data,” Hanson said. “These results were within the range of hypotheses that we allowed ourselves to think about, but the sensitivity of carbon loss to temperature was a bit of a surprise.”

The decline of sphagnum moss, a key species in this ecosystem, contributed notably to the net carbon loss. A previous study by ORNL colleague Richard Norby detailed sphagnum’s role in accumulating carbon in peat and its potentially irreversible decay as warming dries out bogs.

The SPRUCE data will inform a new wetland model for potential use in DOE’s Energy Exascale Earth System Model project, which uses high-performance computing to simulate and predict environmental changes important to the energy sector. The wetland model accurately predicted the temperature effects but overestimated the impact of elevated carbon dioxide compared with the SPRUCE data, which showed no significant ecosystem-level effects after three years of treatment.

This research is supported by the Biological and Environmental Research program in DOE’s Office of Science. The SPRUCE project is located in the USDA Forest Service’s Marcell Experimental Forest.

UT-Battelle manages Oak Ridge National Laboratory for DOE’s Office of Science, the single largest supporter of basic research in the physical sciences in the United States. DOE’s Office of Science is working to address some of the most pressing challenges of our time. For more information, visit https://energy.gov/science. 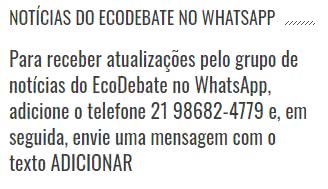